In case you didn’t know, in order to help on-site guests cope with the crazy holiday crowds at Walt Disney World, the Early Theme Park Entry perk has been extended to an hour pre-opening (instead of the normal 30 minutes). Our brave in-parks tester has headed to Magic Kingdom twice this week to weave through the crowds and figure out how to maximize that time, in spite of the seas of humanity everywhere. We’ll first talk about Monday’s test, and then jump into today’s experience.

Chrissy and her daughter arrived to the Magic Kingdom a little before Early Theme Park Entry began, and were greeted with masses of people. The plan was to start in Fantasyland and to try to knock out a few typically high-wait attractions, while accomplishing as much as they could in Fantasyland and Tomorrowland before the park officially opened.

Unfortunately, the crush of people meant that it was already 8:05 before they were even able to get to the queue for Peter Pan’s Flight. Normally this wouldn’t be a big deal and they would still have a close to walk-on experience, 5 minutes into Early Entry. But on this day, their actual wait was 16 minutes. So by the time they exited the ride, Early Entry was almost half over. Ouch.

Next they walked on to Prince Charming’s Regal Carrousel for a quick spin on their way to their next stop – The Many Adventures of Winnie the Pooh. At Pooh is where things got weird. Like many attractions that morning, just before they entered the queue, the posted wait time jumped from 5 minutes (where it had been sitting for the last 30 minutes) to 50 minutes. Yikes! They got in line anyway and had a 24 minute actual wait. But by that point, Early Entry was over.

Was this strategy successful?

It depends on your point of view. Winnie only peaked at a posted wait time of 55 minutes for the entire day, so getting in line with a 50 minute posted wait during Early Entry probably isn’t the best strategy. Peter Pan, on the other hand, peaked at 130 minutes. Yowza! So a 16 minute wait there was probably worthwhile, but it still ate up a lot of that Early Entry.

We also learned (or, more accurately, re-learned) that navigating from attraction to attraction was painful and slow because there are just so many bodies milling about and trying to get to where they want to go. That means for attempt 2, we learned that we needed to minimize walking distance between attractions, and even avoid the 2nd-level headliners if we wanted to get to a lot of attractions in a short amount of time.

We set the plan with three things in mind:

And instead of starting in Fantasyland, we began the day in Tomorrowland to try something different. So how’d it go?

The early entry rope drop crowds were once again close to a level of insanity. Confidence was not high that we’d get anything more done than we did on Monday. 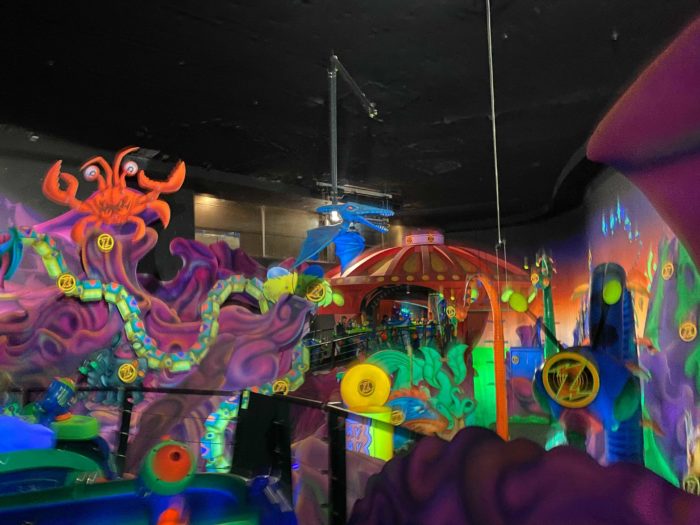 First attraction was Buzz Lightyear’s Space Ranger Spin – they got in line at 7:58 and had virtually no wait to go and defeat Zurg. 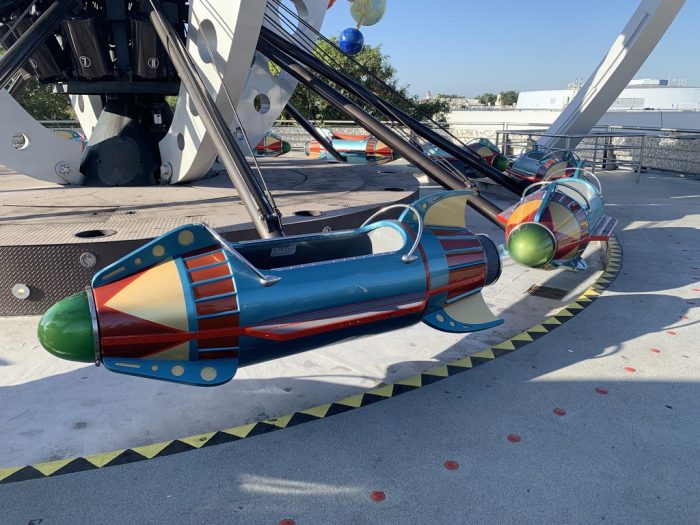 Next up was Astro Orbiter, which was again essentially a walk-on. Bonus, it had great perspective on all of the crowds buzzing around the park below. 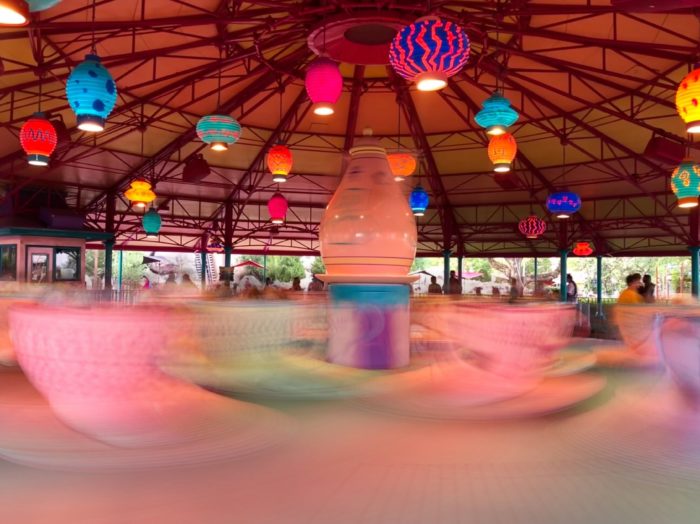 Up third was … another spinner. We should probably call this strategy the “Spinner Strategy.” It’s not for the faint of heart. But great for a lot of kids! It got a big thumbs-up from our awesome 8-year-old that was along for the testing today. They got to Mad Tea Party and had a couple of minute wait before they were spinning like crazy. 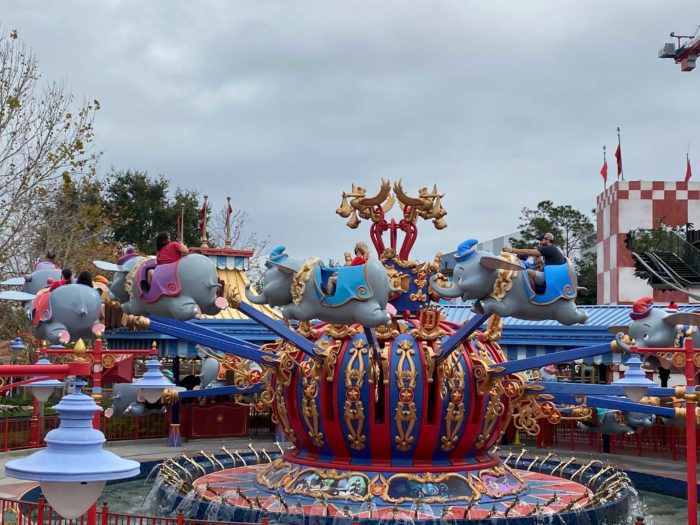 By 8:28, they had walked to Fantasyland and were boarding Dumbo. So within half an hour, already getting on to their 4th attraction! At this point in the day, there were still some empty elephants flying. 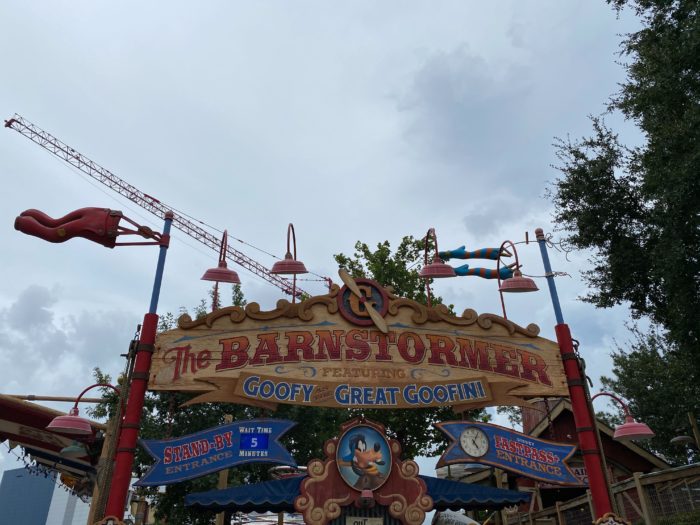 After Dumbo was The Barnstormer – generally not an attraction that we recommend other than for small kids that want to experience some sort of roller coaster. But on a morning where you want to avoid crowds, it’s a good choice. No wait, and our testers got to sit in the front row. Win win. 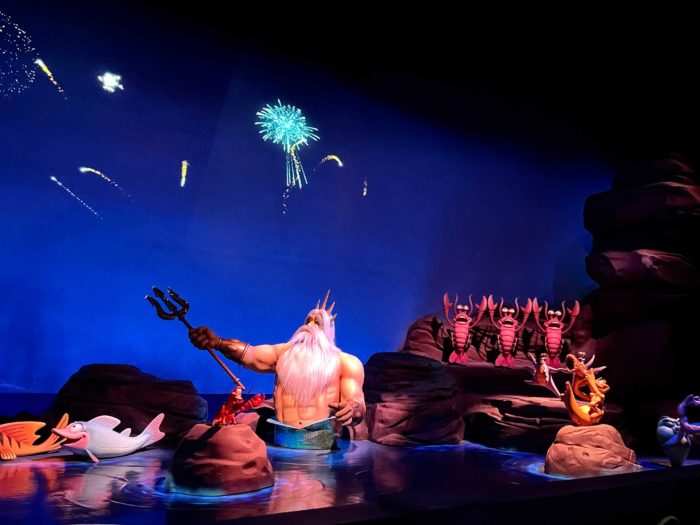 From the skies, they headed Under the Sea and journeyed with Ariel. Again no wait, and I hope they sang along. Because that makes everything more enjoyable. Especially during the holidays. 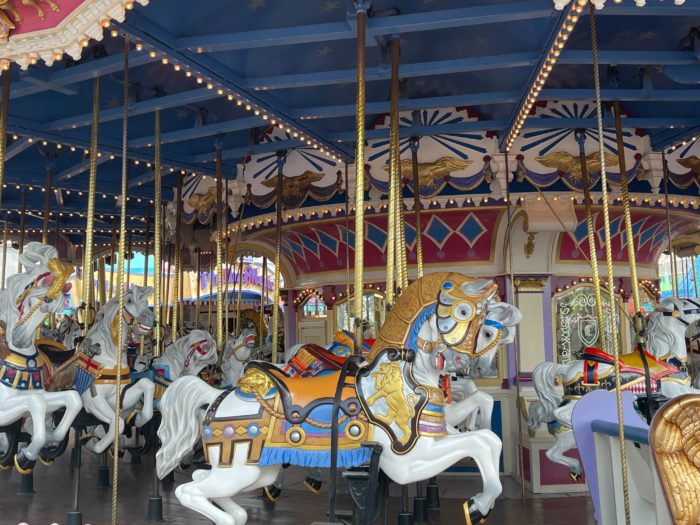 They had time for one more attraction, if they could find one that they could get to before 9 am, and if it didn’t have a wait. They bee-lined for the Prince Charming Regal Carrousel and were able to go for their spin behind the castle at 8:56. Phew! 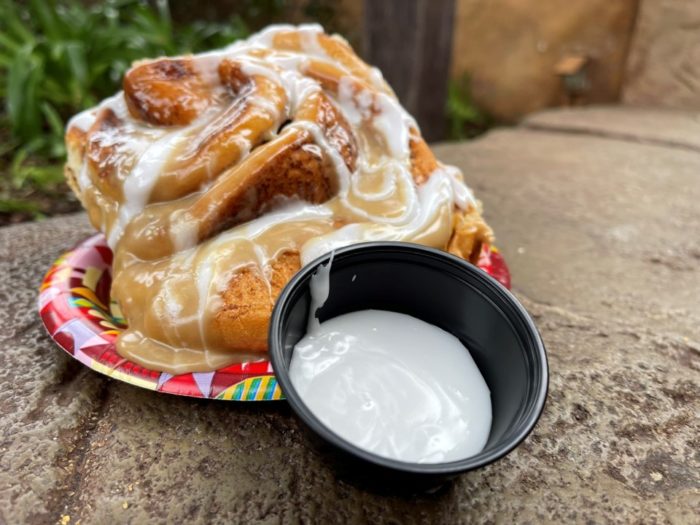 After all of the spinning, they sat themselves down and had their longest wait of the day – 19 minutes for a cinnamon roll at Gaston’s Tavern. Well deserved, ladies, well deserved.

Why not the Mountains?

We’ve already seen this feedback on Twitter – if you don’t do a headliner in Early Entry, you’re a noob. Sure, sure. I get the complaint. And this strategy isn’t for everyone. But by 8:05, Space Mountain already had a 30 minute actual wait time. Splash and Big Thunder Mountain aren’t open during Early Entry. And by 8:01 am (yes, 1 minute after Early Entry started), the actual wait at Seven Dwarfs Mine Train was 40 minutes already. By prioritizing a mountain (or Peter Pan) during Early Entry on these highest crowd days, you eat up almost all of the “bonus” time. Still fine if that’s what you want to do, but our goal was to maximize the number of attractions accomplished.