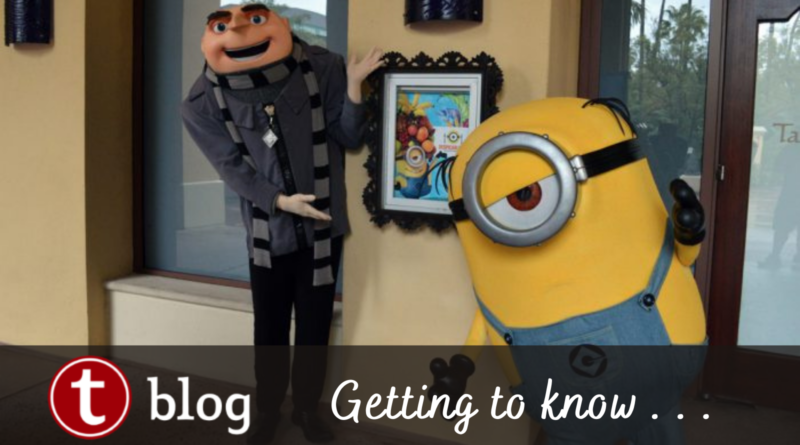 What’s the one thing Orlando theme parks are more synonymous with than long lines and high prices? That is right, costumed characters! Universal Orlando features their own unique cast of classic and modern characters for guests. In the first part of this article series, we will discuss the ways you can meet the characters at Universal Orlando – in part two we will cover where to find specific characters in the parks.

What Character Meeting Options Are There at Universal?

Universal’s Superstar Parade in Universal Studios Florida is a high-energy parade that features characters from Despicable Me, The Secret Life of Pets, Dora the Explorer, Spongebob SquarePants, and more. The parade performs daily in the afternoon or early evening, depending on operating hours. The parade starts next to the Horror Make-Up Show and loops through Hollywood, into New York, turns in front of Transformers, and back to Horror Make-Up. If quantity over quality is what you want this is the quickest way to pump characters into your kids’ eyes.

During the winter holidays Universal also showcases the Universal Holiday Parade featuring Macy’s nightly. As the name suggests the parade features balloons featured in the Macy’s Thanksgiving Day parade, winter-themed floats, Universal characters, and Santa Claus. Characters from Despicable Me, Shrek, and Madagascar are featured in the parade. The parade follows the same route as the Superstar Parade and performs once a night during the holidays.

Small dance parties involving the Superstar Parade characters occur outside of Horror Make-Up Show throughout the day. Characters either come out on parade floats for photos or they perform on an elevated stage with dancers. The shows run at set times; see the daily entertainment guide for times.

The Dreamworks Destination attraction, located in KidZone, is a kid-friendly, high-energy character show. Guests can dance along with their favorite characters from Trolls, Madagascar, Kung Fu Panda, and more. The show runs at set times; see the daily entertainment guide for times. 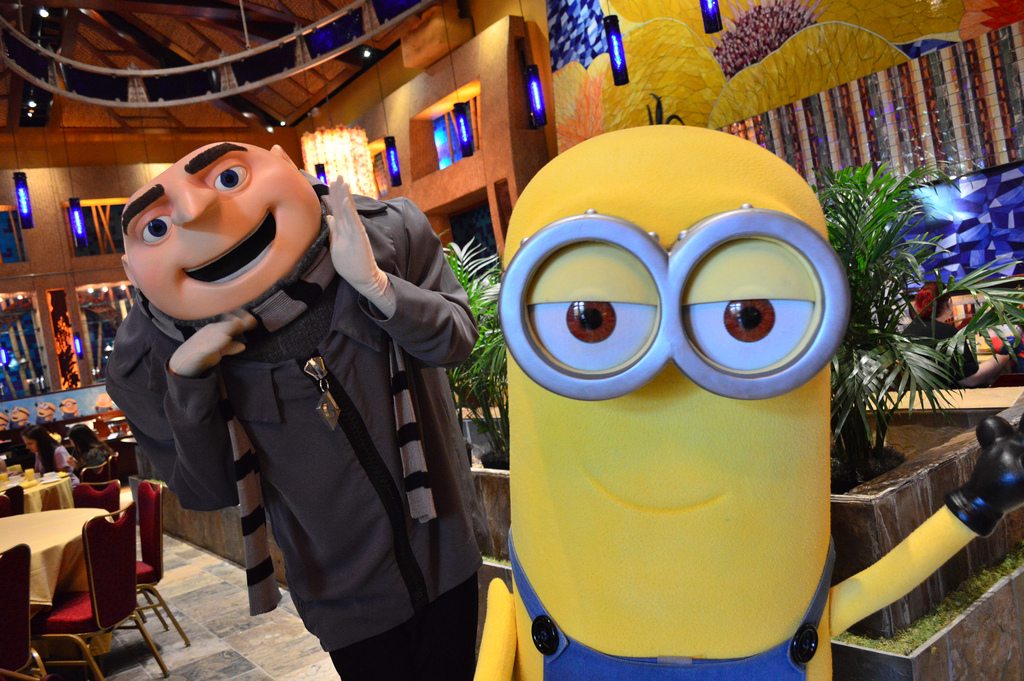 At Loews Royal Pacific Resort is the Despicable Me character breakfast in the Tahitian Room. Gru, Minions, and the gorls meet guests and pose for photos while a buffet of pancakes, eggs, bacon, cereals, fruit, and bakery items are offered. Prices start at $35 for adults and $21 for children, tax not included. Reservations can be made online.

The only Marvel character meal in Orlando is in Island of Adventure’s Marvel Super Hero Island at Cafe 4. The Marvel Character Dinner features Spider-man, Captain America, Wolverine, Storm, and Rogue with a buffet dinner option. Menu items include salad, pasta, pizza, chicken, shrimp, and assorted desserts. Prices start at $50 for adults and $25 for children, tax not included. Reservations can be made online.

During the holidays Universal offers a Grinch character breakfast buffet at Circus McGurkis Cafe Stoopendous in Seuss Landing. Your standard breakfast buffet is offered plus green eggs (of course). Prices start at $35 for adults and $21 for children, tax not included.

At the time of publishing character dining was suspended due to COVID-19. 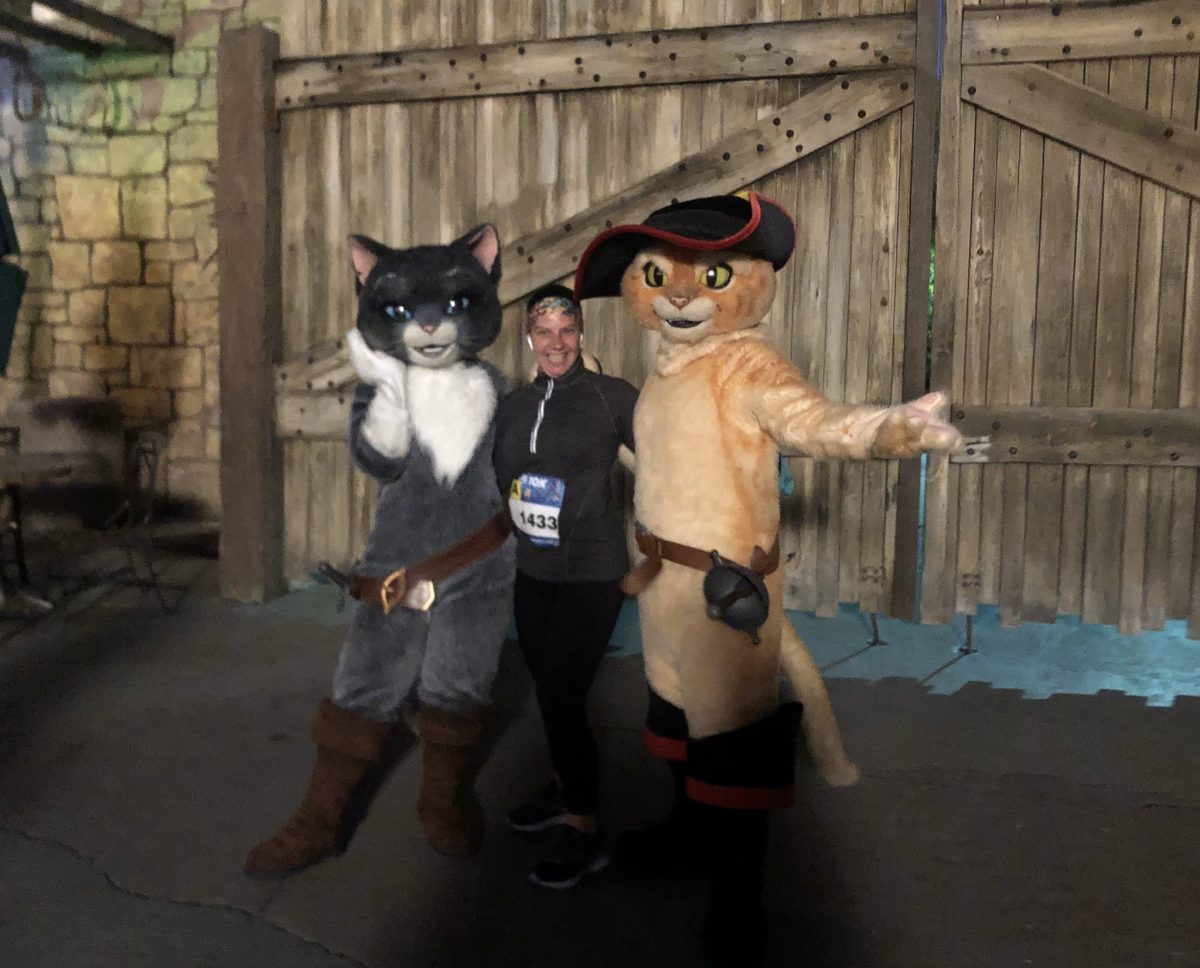 The most popular and common way to meet the characters, Meet & Greets offer a chance for guests to grab photos, get an autograph, or get a quick hug. Sometimes these meet and greets are in set locations, such as Shrek & Donkey outside of Shrek 4D, or can be found wandering lands in the park, such as Scooby & The Gang.

Due to COVID-19, at this time, most meet & greets are now socially distanced and autographs are not offered.

Do you have a favorite Universal character meet and greet? Leave it along with your questions in the comments below!