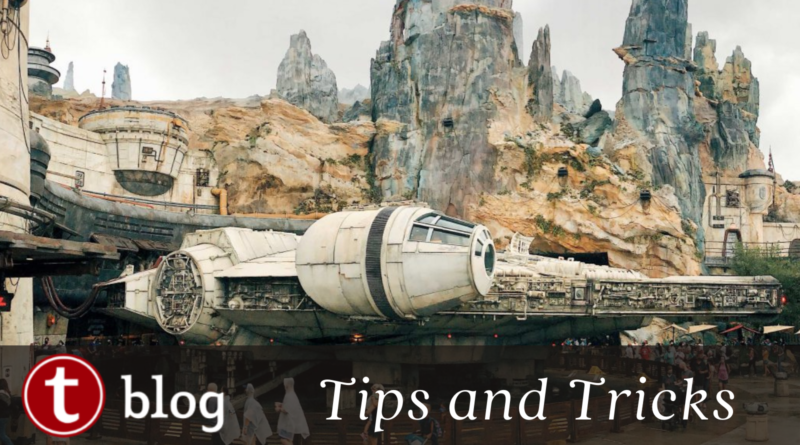 You know what they say about the best-laid plans of mice and men. Except this time it’s the Mouse that’s screwing up your plans. You’ve been looking forward to a nice relaxing October trip to Disney World. You got stoked when they announced that they were doing away with Rise of the Resistance boarding groups because that meant you could plan your day like a normal person that plans every step of their vacation. (Do you use spreadsheets? Because I totally use spreadsheets.)

But then Disney went and announced that Genie+ would be launching, right in the middle of your vacation. And now you’re headed … Into the Unknown (sorry, not sorry). But here at TouringPlans, we don’t want you feeling like you’re Lost in the Woods (I’ll stop eventually, I promise). So while we don’t have Genie+ data to help you do The Next Right Thing (seriously, it’s writing itself), we do want to give you as much guidance as we can. As a result, we’re spending this week giving you two sets of strategies for how to approach touring in each park the week that Genie+ launches. One strategy will assume that you want to avoid paying the Genie, and the other will help you take advantage of it if you do decide it’s worth the extra spend. Neither strategy will force you to pay for Individual Lightning Lane Access. If you do, just skip those steps.

Note: Is all of this nomenclature sounding like a foreign language to you? Catch up with our Genie FAQs before reading on.

Second Note: Hollywood Studios is the park most frequently impacted by unexpected attraction downtime. And when something big goes down, it seriously affects wait times everywhere else. So in this park, more than any other, be flexible.

How do I tour Hollywood Studios without Genie+?

Thankfully, Rise of the Resistance has been on standby queue for a while now, so we aren’t introducing that unknown in the middle of all of the other changes. But this strategy will be difficult because Hollywood Studios can be (and has to be) toured very differently depending on your party type. My family’s strategy, since we have young kids that can’t ride many height-restricted attractions and that is avoiding indoor shows thanks to those same unvaccinated kiddos, would be very different than my strategy if I was a solo adult that loved shows and could go on every ride. This strategy is going to try to be a middle ground and hit everything. But if you have young kids, rope drop Toy Story Land instead of the morning suggested below.

If you have early entry, go ahead and rope drop Runaway Railway. It’s been pretty reliable and is good at churning through crowds, but you might as well safe-guard and hit it anyway. If you don’t have early entry, save it for later. Either way, your next step should be heading down Sunset Boulevard and knocking out Rock’n’Roller Coaster and Tower of Terror. Everyone else will be in Batuu or Toy Story Land, so you can get really low standby wait times before they all finish up and decide to experience these later in the day.

At this point, it should still be around 10 am. Head toward Toy Story Land and hop in line for Slinky Dog Dash. A lot of people will still be stuck in the queue for Rise of the Resistance, which you are cleverly avoiding. Ride Slinky, Alien Swirling Saucers and Toy Story Mania until it’s time for lunch. This is a great day for a table-service lunch, if you can score a reservation.

Try to spend the afternoon show-hopping to avoid the crowded queues. The Frozen Sing-Along should run at 1:30, followed by Beauty and the Beast at 2 pm. If you hustle between the two, you can catch both right in a row.

After shows, make your way toward Muppet*Vision 3D (or head that way around 3 pm if you skipped the shows and opted for more rides). After celebrating the Muppets, the rest of your afternoon and evening is dedicated to all things Star Wars.

After Muppet*Vision, back-track slightly to ride Star Tours, and then head on over to Batuu.

Once you’re on Batuu, take a look at wait times and available mobile order windows to experience all of the following, in whatever order makes sense:

How do I tour Hollywood Studios with Genie+?

Get you up bright and early at 7 am to make your first reservation. Slinky Dog Dash is the obvious first priority, with the biggest potential wait time savings under most crowd conditions. Hopefully you’ll be able to grab a return window around 10 am.

Then, when the park opens, you can rope-drop Runaway Railway. After that, head immediately toward Toy Story Land. At 9 am (or 120 minutes after you got your first Genie+ reservation), get your second return time. Your second-highest priority should be Millennium Falcon: Smugglers Run. But if you want to save all of Batuu for the evening, you could opt to get one for a Sunset Boulevard attraction (Rock’n’Roller Coaster or Tower of Terror) instead. Experience the following in any order that makes sense with your Slinky Dog Dash return window:

Most crowds should still be stuck in line for Rise of the Resistance, so lines should be manageable and you’ll be able to move on to other activities quickly. At 11 am, grab another Genie+ reservation, once again from that set of Millennium Falcon, Rock’n’Roller Coaster or Tower of Terror. If you have time, go ahead and watch MuppetVision 3D before catching the 11:30 showing of the Frozen Sing-Along.

Now’s a good time for a leisurely lunch, if you don’t need to use your second reservation yet. If it’s open, use it before lunch. The Hollywood Brown Derby has been getting increasingly positive reviews recently, and is the top-ranking table-service restaurant in this park on the Fall 2021 Power Rankings.

Your touring for the rest of the day is going to be largely determined by your Genie+ reservations – it’s much harder to plan out. But you’ll still need to experience Star Tours and whatever else you haven’t ridden. With your use of Genie+, you should have time in the late afternoon to re-ride some favorites. You’ll want to save Rise of the Resistance for as late in the day as possible. So perhaps go back to get a higher score on Toy Story Mania, eat some dinner, check out the cool new exhibits in Walt Disney Presents, and then join the Resistance to wrap up your day.

Are you planning on being in Hollywood Studios the week of October 19th? Do you have any ideas about whether or not you’ll try out Genie+? Let us know in the comments!