Regular readers of my PotterWatch blog series know that many of the juiciest details leaked about the under-construction Wizarding World of Harry Potter — Diagon Alley at Universal Studios Florida have come to us through HateToFly, a prolific poster on the Orlando United web forums. Over the weekend, I took a stroll through both Universal Orlando theme parks with the pseudonymous spy himself, and got the latest lowdown on the future of the resort. So grab a grain of salt and settle in for some of the hottest Universal Orlando rumors anywhere on the Internet.

We began our walk at the lovely Sweethaven waterside, which is hidden in the back of Toon Lagoon at Islands of Adventure. 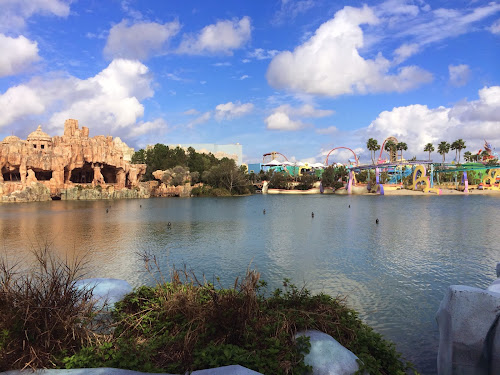 Conversations have recently reignited (after flaring up and sputtering out a year ago) about Universal acquiring the theme park rights to The Lord of the Rings and/or The Hobbit from the Tolkein estate, which has been notoriously difficult to negotiate with. More than one source has speculated that the Popeye & Bluto’s Bilge Rat Barges whitewater rafting ride could be converted into the barrel escape from the most recent Hobbit film.

Moving on to Jurassic Park, the King Kong project is advancing towards an anticipated late 2014 groundbreaking.

HateToFly pointed out some survey markers near Thunder Falls Terrace indicating trees scheduled for removal in order to make way for the big ape’s return. 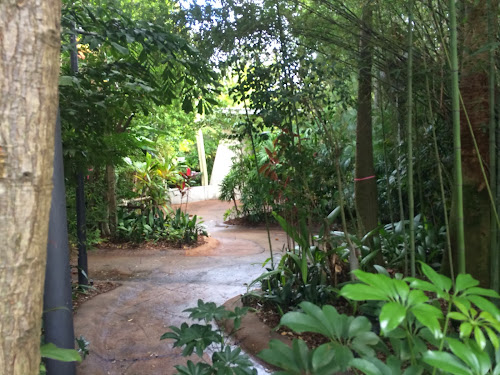 More markers can be spotted around the former Triceratops Encounter, where a Gravity Group family wooden roller coaster is expected to be installed in synergy with Jurassic World‘s theatrical release. The new film will tie into other changes around the island, including a new menu at Thunder Falls Terrace, and possibly a re-routed path past the backside of Hogwarts Castle. 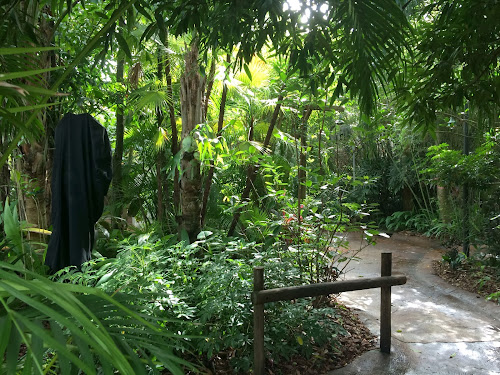 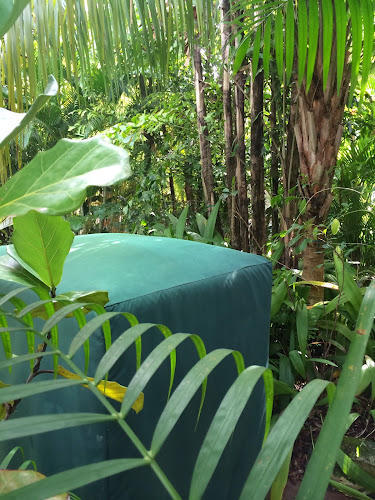 Moving along to The Wizarding World of Harry Potter, the Hogsmeade train station is advancing rapidly, and the structure at the head of the path leading towards it is finally taking form. 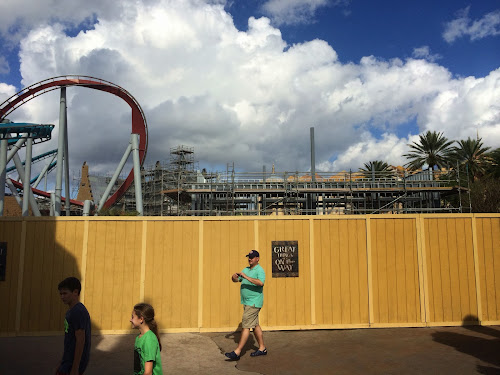 The train stations and Gringotts are being built with Universal Express entrances (like Forbidden Journey was), but Express will not be available for at least the first year of operations. 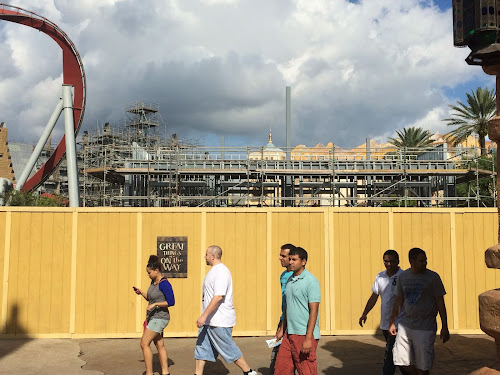 The carnival games in Lost Continent are scheduled to be demolished at the end of January. The space will be used as merchandise storage and an employee break room. 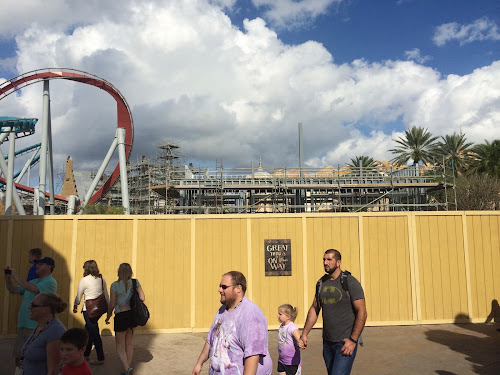 Finally, plans for a Lorax attraction have officially been set aside, but a new family dark ride (most likely based on Illumination Entertainment’s upcoming CGI Grinch reboot) is still in the long-term plans for Seuss Landing.

Moving over to the other park, I have good and bad news for Transformers fans. The bad news is that following last month’s test of the interactive Transformers meet & greet for executive Bill Davis, the “lipstick” cameras installed to allow the hidden voice actors to interact with guests have been removed. The interactive robots have been a big hit in Hollywood, but Orlando’s higher percentage of non-English-speaking guests may have made management balk at the daily operating cost (reported as $6,000 per day). 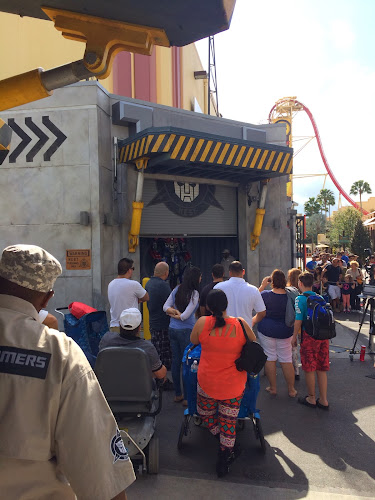 The good news is that the Universal Studios’ Classic Monsters Cafe may soon transform into a Cybertron-themed eatery. If that happens, look for the adjacent Bone Chillin’ kiosk to begin selling Energon, an exclusive beverage (not unlike the Flaming Moe) served at Universal Studios Hollywood. However, any online reports of spinning Optimus Prime and Megatron statues being installed atop the structure are simply fan speculation.

Finally, we took a look at the progress on Harry Potter’s London Waterfront, where some of the scaffolding has started to be removed. 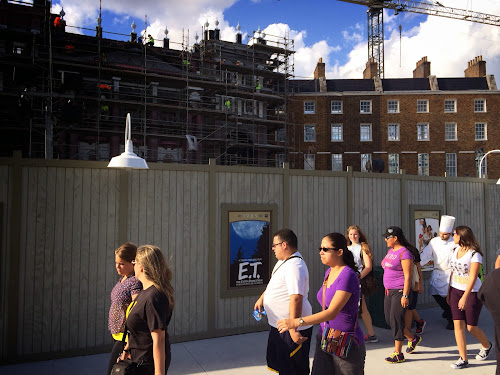 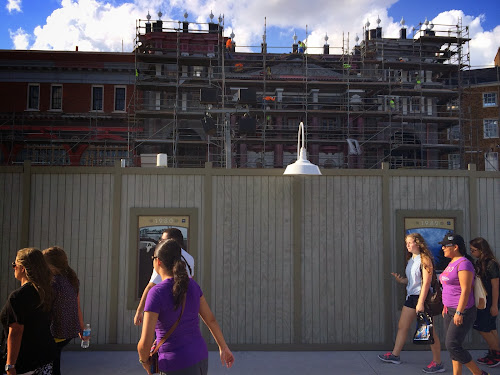 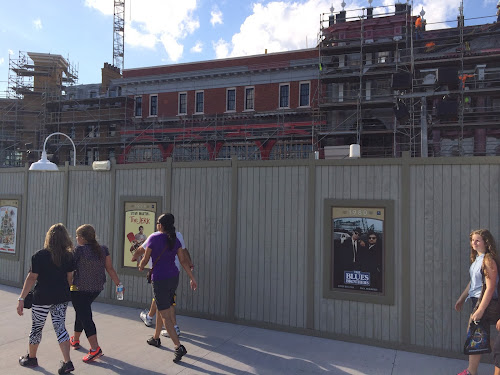 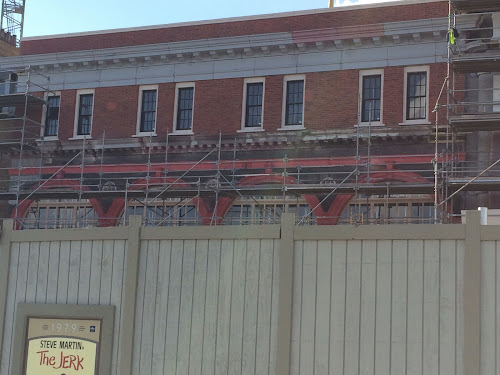 Construction on both headliner attractions in Diagon Alley are advancing despite some snags. Attraction builder Intamin has come in to help Hogwarts Express synchronize the vehicle movement system with the bus bar that powers the in-car special effects. 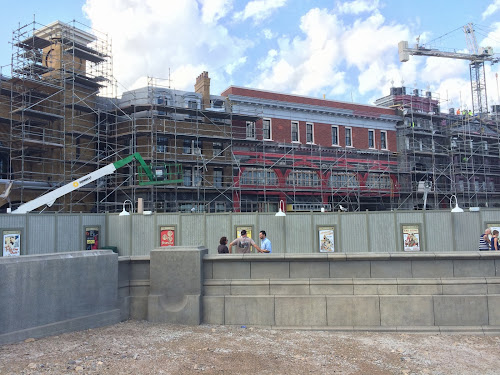 And a late-in-the-project decision to use a spinning tire launch system (like the Hulk) instead of a linear induction accelerator (like Revenge of the Mummy) is reportedly causing headaches at Gringotts. 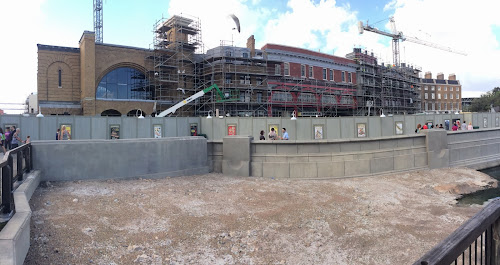 A unique element of the Gringotts queue will be a photo opportunity staffed by “bank security guards.” You will be able to have your image captured while waiting for the ride, and purchase a personalized “security badge” in the gift show afterwards.

Check back on this blog soon for an exclusive report on HateToFly’s Top 5 Future Universal Additions!