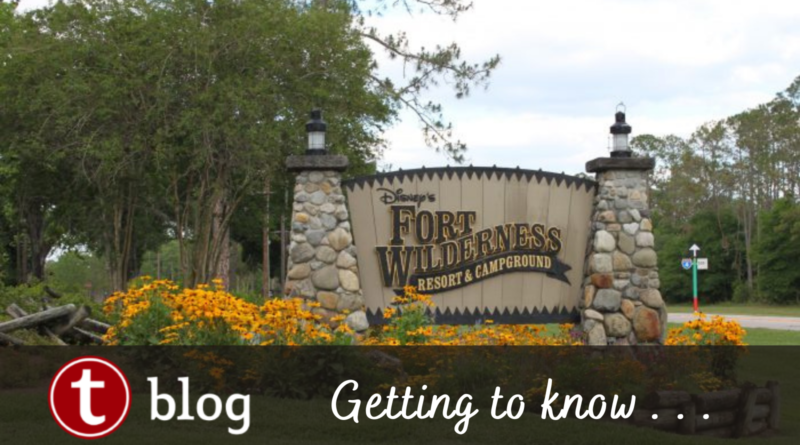 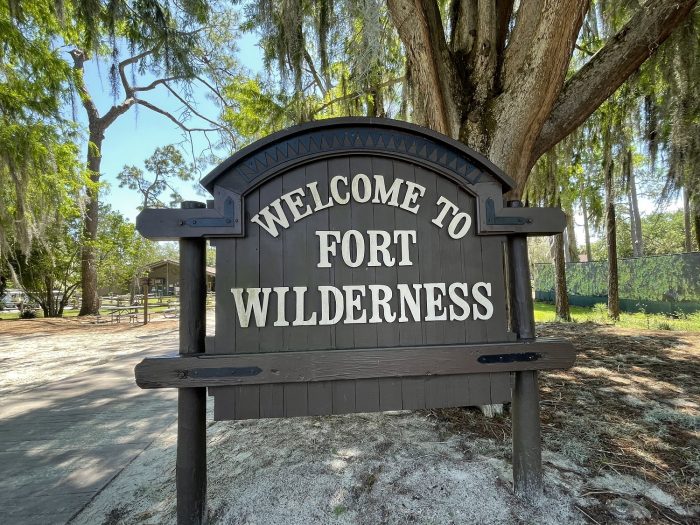 For today, I’m venturing outside the park gates to visit another resort that opened in 1971 – Disney’s Fort Wilderness Resort and Campground.

What is Disney’s Fort Wilderness Resort and Campground?

Disney’s Fort Wilderness Resort and Campground opened on November 19, 1971, and today offers both campsites and cabins for guests staying at Walt Disney World. This 700+ acre resort sits on the shores of Bay Lake and is only a short boat ride away from Disney’s Wilderness Lodge and the Magic Kingdom.

Unlike other accommodations at Walt Disney World, golf carts are a huge part of the Fort Wilderness experience and are available to rent or guests are free to bring their own. In addition to a marina, the resort also offers pony, trail, wagon, and carriage rides at the resort’s Tri-Circle-D Ranch. 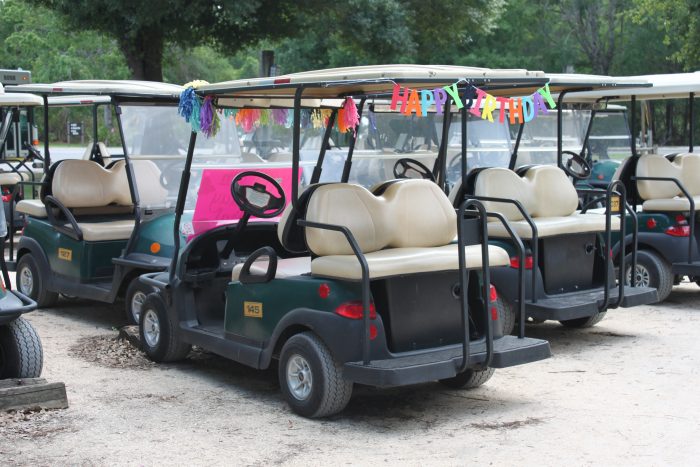 Before COVID-19, Fort Wilderness was home two dinner shows that have yet to reopen: Hoop-Dee-Doo Musical Revue and Mickey’s Backyard Barbecue. 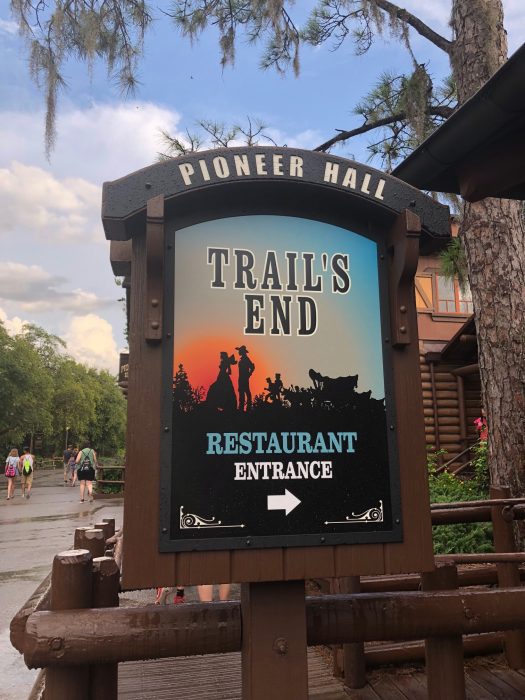 Facts About Disney’s Fort Wilderness Resort and Campground Then:

Fact #1: While Walt Disney World opened on October 1, 1971, Fort Wilderness didn’t quite make the deadline and later reopened on November 19, 1971.

Fact #2: Even though the resort wasn’t quite ready on October 1, it was still featured in the Walt Disney World Opening Day TV special.

Fact #3: To help guests get around Fort Wilderness’ extensive grounds, the resort unveiled its own Fort Wilderness Railroad in early 1974. While it was shut down in 1980, the train can still be seen in resort artwork and remnants of the track can be still found on property.

Fact #4: According to D23, Fort Wilderness’ Hoop-Dee-Do Musical Revue debuted on June 30, 1974 with a cast of college interns! It proved so popular that it opened as a permanent show on September 5, 1974; and before it closed due to COVID-19, it was one of country’s long-running dinner shows. 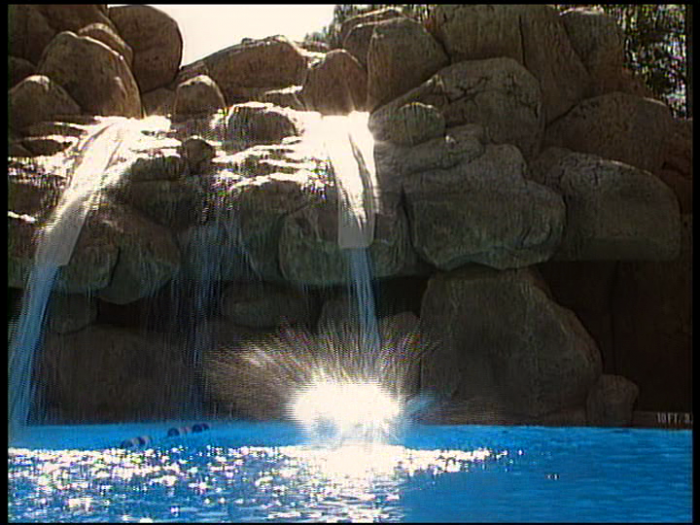 Despite its popularity that led to Disney’s construction of both Typhoon Lagoon and Blizzard Beach, the park closed its gates in 2001 with its official closure announced several years later.

Fact #6: Once upon a time, Fort Wilderness was home to the “Lawnmower Tree” which was basically a tree that grew around an old push mower. Imagineers even posted a sign next to this strange icon.

Fact #1: In July of 2020, Tri-Circle-D Ranch received a new, expanded barn that guests can visit. In addition to the horses and ponies, guests can also see a musuem showcasing Walt Disney’s love of horses, as well the 1907 Dragon Calliope that Walt had purchased for Disneyland.

Fact #2: While a few resorts at Walt Disney World are actually dog-friendly, Fort Wilderness just may be the best option of them all. Select loops and select cabins are set aside for guests traveling with furry friends, and the resort also features the “Waggin’ Trails Dog Park.”

Fact #3: After River Country closed in 2001, the park sat abandoned for years. Finally, in 2018, Disney announced plans for a new resort known as Reflections – A Disney Lakeside Lodge that was to be built on or near the site of River Country.

The remains of the abandoned water park was demolished in the months that followed; but due to COVID, plans for the new resort were put on pause with no word if it will continue.

Fact #4: Today, community and holidays are a huge part of the Fort Wilderness experience. Each year, various campers decorate their campsites with truly elaborate displays for both Halloween and Christmas making a tour through the resort a must-do for locals. Fort Wilderness also hosts golf cart parades on select holidays with guests encouraged to decorate their carts and even wear themed costumes!

Fact #5: If tents, campers, or RVs aren’t quite your thing, the cabins at Fort Wilderness are a great option for large families as they sleep up to six adults and have a full kitchen.

Did you ever experience Disney’s Fort Wilderness Resort and Campground back in its early days? Is this resort one of your favorites?

2 thoughts on “Then and Now: 50 Years of Disney’s Fort Wilderness Resort”