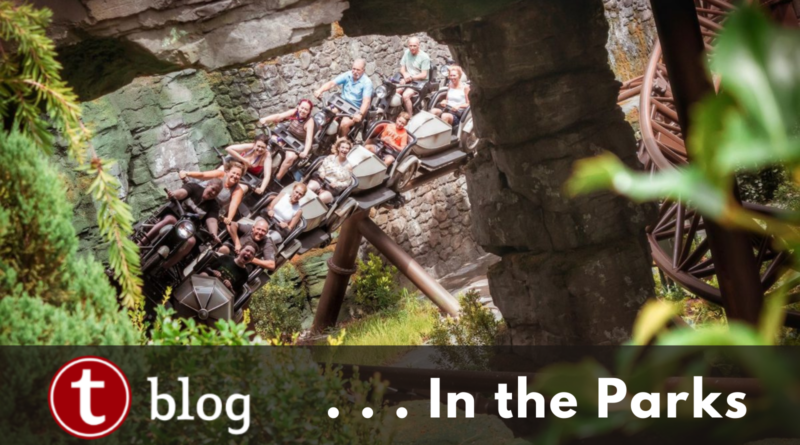 Last week our very own Chrissy visited Universal Orlando to test out Early Park Admission, lockers, and even see the Mardi Gras parade. Y’all had a load of fantastic questions for her, so much so that they could fill a whole blog post! In this article, I will answer your questions on rope drop, early park admission, glasses on rides, the best photo spots, Express Pass, and more.

What’s the best “rope drop” strategy for Universal Studios and Islands of Adventure?

At Universal Studios Florida with Early Park Admission we suggest riding Harry Potter and the Escape from Gringotts then moving towards the front of the park to ride Despicable Me Minion Mayhem followed by Hollywood Rip Ride Rockit. Without Early Park Admission skip Gringotts till later in the afternoon, ride Minions then Rip Ride Rockit first instead.

All our touring plans are customizable online and in the Universal Orlando Touring Plans app.

Do you have to put your glasses in a locker when you ride The Hulk or other upside-down rides?

Glasses, watches, and park admission are allowed on the ride. Cellphones, wallets, keys, loose change, bags, and more must be placed into free lockers. For more information on Universal’s free and paid lockers read our blog post on the topic.

Where are the best photo spots in each park? Do they have PhotoPass like WDW?

Universal has MyUniversalPhotos which is similar to Disney’s PhotoPass. MyUniversalPhotos offers unlimited digital downloads of on-ride photos and in-park photos, but there are fewer Team Members photographers then at Disney.

Here are some of my favorite photo spots around the parks:

Express Pass is Universal’s skip-the-line offering. Unlike Lightning Lane at Disney, guests do not have to book a return window to skip the line. The downside is Express Pass starts at $79.99 per person, significantly more expensive than Genie+ and Lightning Lane Individual Attraction Selections.

We cover the ins and outs of Express Pass in this blog post. If you are looking at Express Pass we suggest pricing out a Primer Hotel stay which includes complimentary Unlimited Express Passes per room for the length of stay.

Which entrance do you come in through if you take the water taxi?

All boats drop guests off in the middle of CityWalk, see above photo. From here it is roughly a 3-minute walk to Universal Studios Florida and a 5-minute walk to Islands of Adventure

What are the best things to eat in each park?

Universal Studios Florida features the basic theme park fair – think lots of burgers, chicken, pizza, and fries. That said, there are some unique and good-quality items in the park. Today Cafe is one of my favorites with fresh sandwiches, sides, desserts, and a unique drink selection. Central Park Crepes is a new fan-favorite featuring sweet and savory crepes. The highest-rated dining spot in the park is Leaky Cauldon in Diagon Alley, featuring traditional British pub food.

Islands of Adventure has more eclectic choices for food, from kebabs to rotisserie chicken and more. I really enjoy Thunder Falls Terrace in Jurassic Park which features flame-grilled items and a dining room that overlooks the splashdown of Jurassic River Adventure. Lots of guests rave about Green Eggs & Ham in Seuss Landing for their unique topped potato barrel (aka tater tot) items such as Pizza Tots, Philly Cheesesteak Tots, and Who Hash tots. Our readers rate Mythos as the best restaurant in the park and for good reason, the pulls inspiration from the Mediterranean, Asia, and India at an affordable price point. 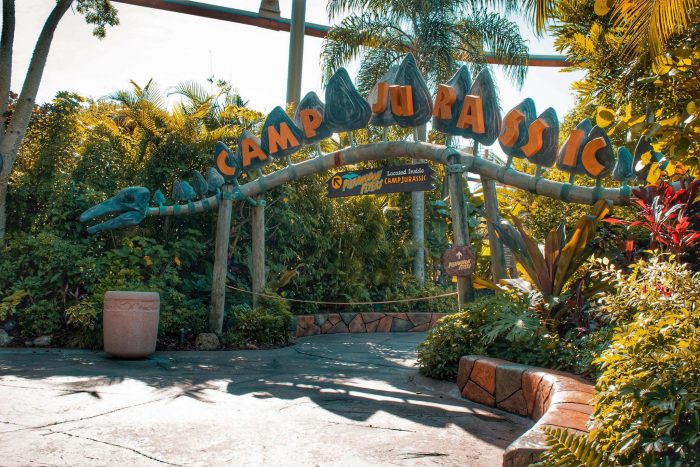 Play areas for little ones?

In this author’s humble opinion, Universal outshines Disney in play areas for kids.

Inside Universal Studios Florida is KidZone which features Fievel’s Playground and Curious George Goes to Town. Fievel, based on the Spielberg animated film, is a water playground featuring oversized kitchen items and a water slide. Curious George is a half dry, half wet play area – in the front is a two-story water playground while in the back is a dry playground where guests can collect and transport foam balls.

Islands of Adventure has three playgrounds for kids. If I Ran the Zoon in Seuss Landing is designed for small children and features interactive elements, water features, character statutes, and play equipment. Me Ship The Olive in Toon Lagoon offers slides and areas to run around with one bonus: water guns to soak the rides of the raft ride. Hands down the best playground is Camp Jurassic which features caves, climbing nets, slides, water guns, and more. Seriously, some kids will be able to spend a whole morning in there.

Can you do both parks in one day? What about the Wizarding World of Harry Potter in one day?

Is it possible to do both parks in one day? Yes, but you will be doing a full day of whirlwind touring. We suggest one full day for each park to get the most out of your visit. The whole of the Wizarding World of Harry Potter, five rides and a handful of other experiences, can be experienced in one day. We do suggest buying park-to-park tickets to take advantage of the Hogwarts Express attraction.