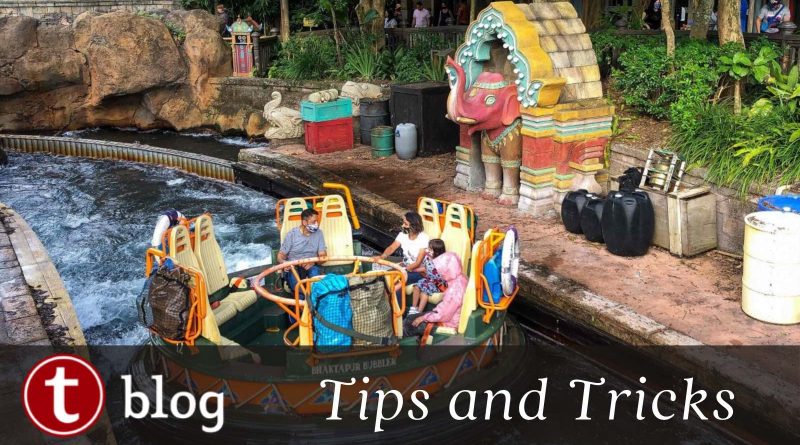 Some people love the heat. They crave it. Once on a summer trip to Walt Disney World, my mom sat in a chair on the asphalt as we waited for the bus.  We still make fun of her for that to this day, but it didn’t seem to faze her.

I am not one of those people.  As someone who grew up in Appleton, Wisconsin, I consider the summers in Orlando the equivalent to hiking on the surface of the sun while being wrapped in a weighted blanket.  The truth is, I don’t do well with heat; even thinking about the sun causes me to turn the hue of a certain crab in The Little Mermaid.

Most of the trips I’ve taken with my family have been during winter months—on purpose! I want to leisurely stroll while the temperatures around me are in the sixties or seventies.  Of course, when you get a chance to go to Walt Disney World, you go! Not long ago my dad had a work conference in Orlando. He reached out and asked if I wanted to stay in their hotel—-FOR FREE!  Just like you can’t say, “No” to going to Disney, you definitely don’t turn down going to Disney with FREE lodging.

This trip was in August.  August, at least according to Google, is the hottest month of the year in Orlando. I wasn’t sure if I could handle it, but as noted above, “No” was not an option.

You have no doubt read tips and tricks for surviving the heat. The goal really isn’t to survive. What kind of vacation is that? The goal is to experience the magic to the point where you hardly think about the sweltering sun rays around you.

Take a trip with me for a moment. Let’s do this!

We all know that light colors are cooler than dark colors, but there’s even more to clothing choice than simply what color you are wearing. I found that many companies sell shirts that are moisture-wicking and have cooling technology that is activated by your sweat and body temperature.

You know those cooling towels that are activated when you get them wet?  Well, that’s what I’m talking about, but in the form of a shirt.  Yes, Walt Disney World is the back sweat capital of the U.S.A—but you can use that sweat to your advantage.

I feel like, in most of these articles, you’re told to take a mid-day break in the heat of the day and return to your resort pool.  Well, as someone who can’t be in the parks as much as I’d like, I flat out disagree with this approach.

Sure, if you live near Orlando and can take a quick jaunt over to the parks on a whim, this may a viable option. But for the rest of us, we probably paid thousands of dollars for this trip, which might only happen every few years, and I think there are better ways to cool down.

It doesn’t even have to be a show. Find an attraction where the majority of the queue is indoors; it all works similarly.

3. Water! (And by Extension, Water Rides)

This idea is not all that revolutionary, but it’s important.  Stay hydrated! Whether you bring a water bottle or grab free water from quick service restaurants, this is essential. And, if you’re looking for a bit more than water, grab something cool–like a Dole Whip in the Magic Kingdom, or Night Blossom in Pandora!

And, while we’re on the topic of water . . . if the lines aren’t too long, hop on over to a water ride—or any that even give the chance of getting wet—and feel that beautiful hydration hit your skin.

4. Sunscreen (and the Art of Reapplying)

You have to take the sun seriously! An important note: You can’t just apply your sunscreen in the morning and leave it at your resort as you will sweat it off.  Read the small print on the back about how frequently you should reapply, throw it in a small bag, and bring it with you. Nothing ruins a summer vacation like sunburn.

This is basically the same as The Hall of Presidents Clause.  If you get the chance to eat somewhere that you can only eat at Walt Disney World and get an hour or so worth of air-conditioning, I say take it!

For this, I generally recommend table service restaurants, as most quick service still have you waiting in a long line (unless you mobile order) and scouring the place for a table, all while bumping sweatily into others.  Trust me, it’s less relaxing. I mean, unless you like that sort of thing.

I think our attitudes might be more important than anything you’ll read in any article about the heat. Before I ventured out to Disney World in August, I simply told myself, “It’s going to be hot, but you’ll still have fun.”  Preparing my mind for the reality of what it would be like helped me deal with the wall of heat that welcomed me as I waited for the bus at my resort.

You can choose to accept reality, or you can complain and waste your vacation. I, for one, refuse to waste the magic by complaining the day away.

If you’re struggling, try telling yourself something positive, like, “At this time of year, barely anything is closed for refurbishment!”

Remember, I grew up in a place where school got canceled because the windchill was – 86.  If I can survive August in Orlando, so can you.

Hey, pretend your name is Olaf and that August in Orlando just wants to give you a warm hug!

Do you have any tips and tricks for beating the summertime heat? Let us know in the comments.

Brian married a Disney-loving princess and quickly became an addict himself. He is a monthly columnist for WDW Magazine and loves attempting to craft the perfect sentence for others, like himself, who can’t simply wake up and drive to Orlando. While not living in a fairytale world, Brian resides with his family near Pittsburgh, PA.