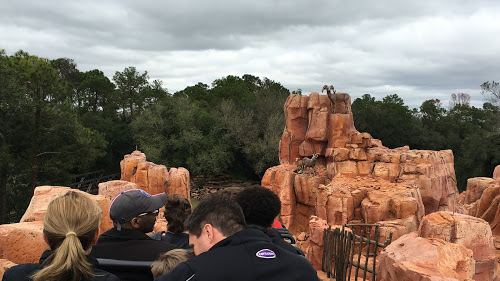 If you are a fan of the theme park news and reviews we share here on the TouringPlans.com blog, I hope you also frequent our TouringPlans YouTube channel, where we post a steady stream of clips from the Disney and Universal resorts. In case you weren’t familiar with our YouTube channel, now is a perfect time to check it out, because we’ve recently begun uploading new 4K ride through POV videos from Disneyland and Walt Disney World.

These new attraction videos have been recorded on iPhone 6S and 6S+ devices at 3840x2160p 30fps, and uploaded to YouTube at full resolution. If you have a 4K (or UltraHD) television with the proper streaming app or device, or a sufficiently powerful computer with a 4K monitor, you can appreciate the extreme detail of the clips’ native resolution.

Even if you don’t have a 4K device, these new clips should look better than ever however you watch them. On Retina iPad and MacBook displays, the 1440p resolution option looks noticeable better than standard HD, and even the 1080p version should look super-sharp thanks to intelligent down-sampling.

Here’s some of the 4K ride through POV videos we’ve posted so far, starting with a few of our favorite Disneyland dark rides:

Disneyland Many Adventures of Winnie the Pooh:

Finally, we finish up in Florida with recent 4K ride through POVs of three Magic Kingdom favorites:

Subscribe to our YouTube channel and look for more 4K ride through POV videos in the future!