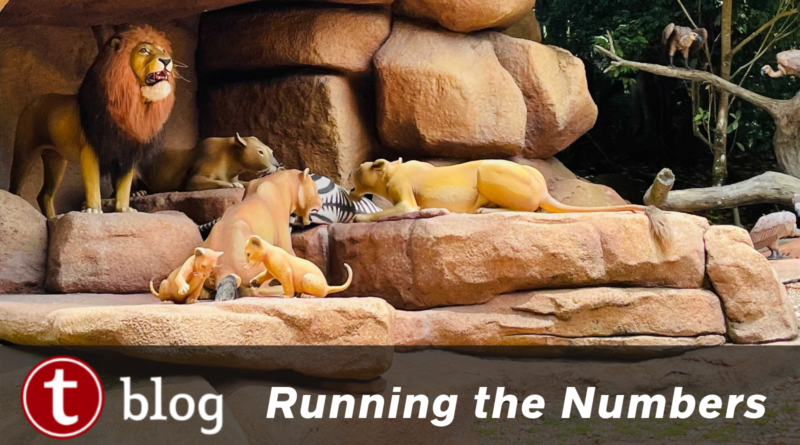 Yesterday we took our first big look at Genie+ return times and how they shift throughout the day at Animal Kingdom and EPCOT. Since that post was such a resounding success, lauded everywhere by everyone as the coolest thing ever (or the voices in our head said at around the 10th hour of looking at charts and graphs), we’re treating you to round 2 today. Animal Kingdom and EPCOT are interesting and all, but the real money-makers for Genie+ are Hollywood Studios and Magic Kingdom. They have the biggest time-saving potential, and are therefore the parks that you, the savvy reader, should care the most about. Something tells me that today’s post is going to have more than enough words for us all to read, so let’s cut to the important stuff.

(Pat on the back if you read this yesterday. Proceed to the actual analysis if you want.)

I work all day every day with data, and I can tell you – data is always messy. And Disney data is no exception. No magical wand to wave to get clean Disney data. If you’re wondering why Lines doesn’t yet support suggestions for which Genie+ reservations to make and when, this is part of the reason why. We need data on these return times, and we also need data on wait time savings. That means you can help by submitting your Genie+ and standby wait times if you’re in the parks.

But if we choose to simplify our math today down to the very basics, we’re looking at two data points:

With just those two data points, we can make some cool little scatterplots of time that you make the reservation and time that you can return. But even with those plots, things start to get complicated. Each attraction has a different plot, and each day has a different plot. To get really predictive, we have to combine all the days together and extract some meaning out of them. On top of all of that, we have to deal with the messy, dirty data. Often, return times will follow a pretty nice curve or line of some sort, but any time that a guest cancels one of their return times, that one shows up as available and then the curve or line gets jagged and not as clean.

That means that for today’s post I’m doing some really awesome and not boring at all data cleanup to present a peek into some trends and what you might be able to expect. We’ll look through each park on three different days to see if the lines and curves change. Then we’ll be able to see if you can use this little preview to already help inform some strategies and expectations.

A few tips on how to interpret these graphs – the X axis (horizontal) shows our Time variable – that’s when you’re opening up your app to make a Genie+ reservation. The Y axis (vertical) shows our Return Time – that’s the return time that the app was offering when you opened the app to make your reservation. The black dashed line shows when Time = Return Time. So if a dot appears on that line, you could immediately get and use a Genie+ reservation for that attraction. If the dots appear above the line, the attraction is booking out ahead of the current time (to be expected). If the dots appear significantly below the line … Genie must need a reset. You shouldn’t get a return time in the past. So what can we learn from this graph?

Strap in folks. Prepare yourselves for many, many little colorful dots. It’s gonna be awesome. 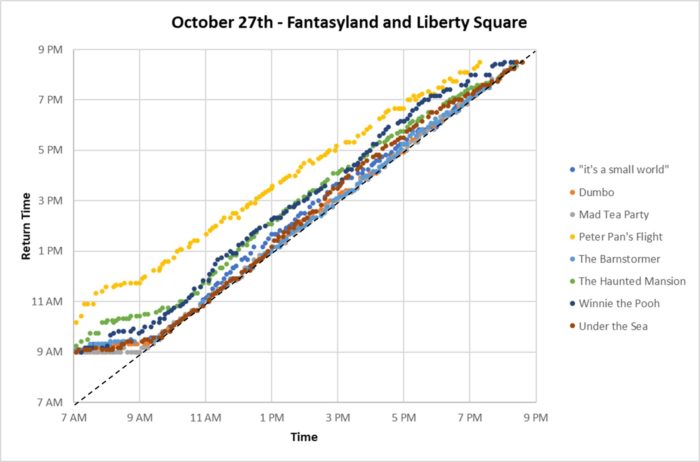 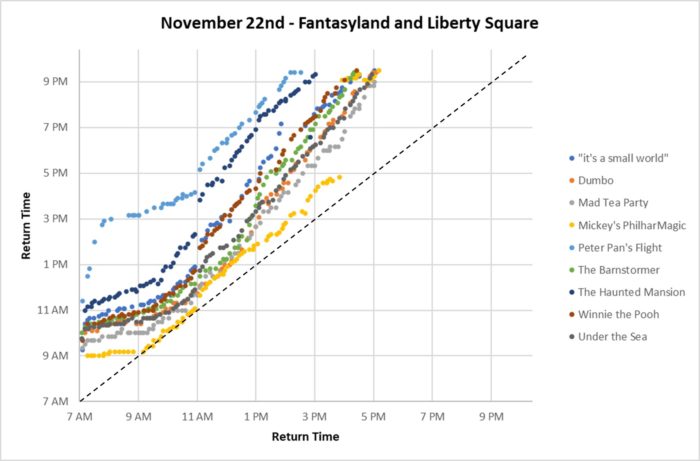 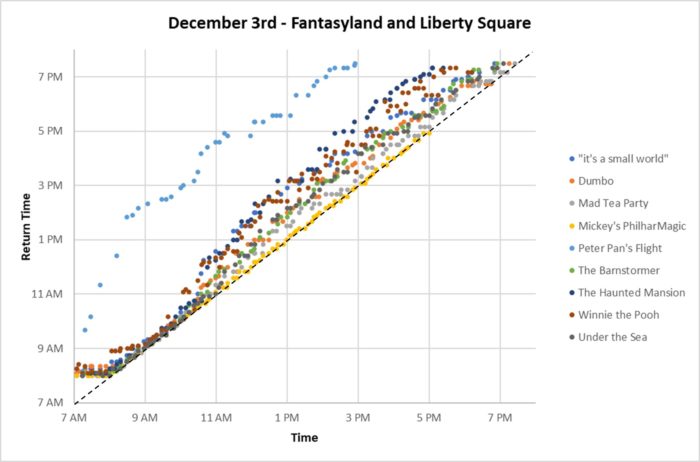 Did you use Genie+ during Thanksgiving week and run into issues with low availability of return times? Which choices would you make when you run into these situations where you have to decide between a few attractions, knowing that they tend to sell out around the same time? Let us know in the comments!

20 thoughts on “How Do Genie+ Return Times Shift Throughout the Day? Part 2”