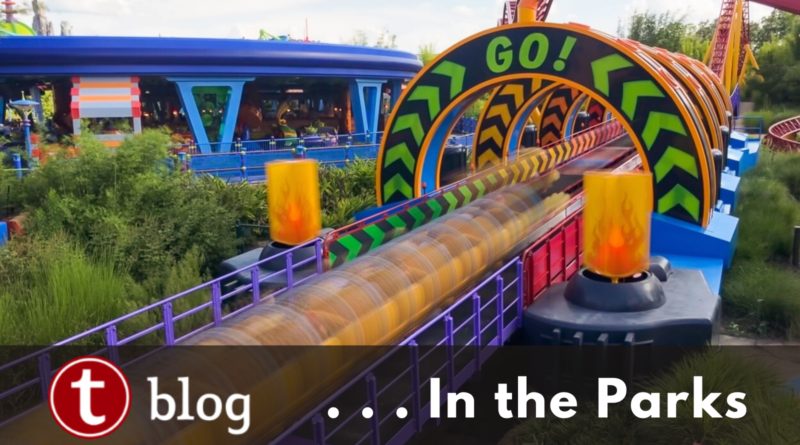 One of the key ways that we ensure the accuracy and reliability of TouringPlans is by running in-park tests. And that hasn’t changed, even as we prepare for the roll-out of Genie+ and Lightning Lanes, or for crowds to pick back up after the pre-October lull. And oh, what a lull! Between August 14th and September 8th, there were 26 days. Multiply that by 4 parks and you get 104. Out of 104 individually calculated crowd levels, only 7 were higher than a one. So if you visited any WDW park between those dates, there was a 93% chance that you experienced the lowest crowd level possible. If you experienced anything higher, chances were that you visited on Labor Day weekend.

Those super-low crowds allowed us to run some pretty interesting tests, some of which were specifically designed to check accuracy of our estimated wait times, and others that were meant to test how much a person could get done in a single day. These will be great comparison data points for once the crowds start to come back to Orlando. So what are these tests, and what were the results? Let’s review each one!

Do some error testing. Specifically, pick attractions where our error rate has been higher, at times where it’s off the most, to get more data points and try to see how off the predictions and estimates were.

Crowd level was 1 at EPCOT on the 22nd. 13% of EPCOT’s attraction capacity was unexpectedly down at various times throughout the day.

To test errors between estimated wait when entering line and actual wait at EPCOT, we had our tester ride the following rides, with the following results:

So … this resulted in a mixed bag. We specifically chose attractions and times to enter line to maximize our error – we can run trends and find when and where we’re most likely to be “off”. Even so, most estimates were pretty close to the actual wait. The biggest underestimate was at Test Track, which seemed to be having a tricky day. And the biggest overestimate was 10 minutes at Gran Fiesta Tour.

Run the park! See how quickly and efficiently someone could do virtually everything available to do at Animal Kingdom on a Saturday.

Crowd level was 1 at Animal Kingdom on the 28th. 5% of Animal Kingdom’s attraction capacity was unexpectedly down at various times throughout the day.

Our test utilized a touring plan that included every attraction in Animal Kingdom, as well as three shows. By optimizing after every step, our tester was able to complete:

Waiting for shows definitely makes the day pace out slower, but with a longest wait of only 37 minutes for Flight of Passage right during peak hours, it was definitely a pretty relaxed day.

Run the park! See how quickly and efficiently someone could do most of the available attractions and shows available at Hollywood Studios on a Sunday.

Our tester had a touring plan with 8 attractions and 2 shows and we wanted to see how long it would take to accomplish on a weekend. She was able to complete all of the following:

Not too bad for a weekend – only two waits over 30 minutes, and the park was mostly finished up between 9 am and 4 pm. I certainly wouldn’t complain about this day. Interestingly, though, Jennifer Heymont (another TouringPlans writer) was visiting Hollywood Studios this same day while on vacation with her daughter, and they were able to complete almost all of the same steps even though they didn’t even enter the park until 5 pm. Super-fast! So that inspired another test that we’ll go over later in this post.

Make a plan for all attractions at Magic Kingdom rated by TouringPlans as 3 stars or above. See how much one person could accomplish, and how quickly, on Labor Day.

Crowd level was 1 at Magic Kingdom on Labor Day. 3% of Magic Kingdom’s attractions was unexpectedly down at various times throughout the day.

Our tester hit the ground early on Labor Day to beat any crowds that might appear. Turns out that probably wasn’t so necessary … she had a touring plan with all of the 3-star or above attractions, optimized after each step, and was able to complete all of the following:

That’s a pretty great 21 attractions between 9:15am and 5:15 pm. On a holiday in the Magic Kingdom, it’s pretty incredible that the longest wait was just 37 minutes (the plan kept pushing Splash Mountain later and later to take advantage of lower evening crowds, but it just ran out of other things for our tester to do). Only two waits were over 30 minutes, and only 5 waits were over 20 minutes.

Crowd levels at Animal Kingdom and Hollywood Studios were both at 1 on the 7th. 2% of each park’s attractions was unexpectedly down at various times throughout the day.

Our test began bright and early, with an 8 am opening at Animal Kingdom. Our in-park tester had a touring plan, which she optimized after each step. She was able to complete all of the following:

Not too bad, right? I’d totally take a half-hour wait for Flight of Passage right in the middle of the day. And it even set her up with a little bit of free time before driving over to Hollywood Studios to be ready to park-hop at 2 pm. Once there, the second half of the day included:

So …. in basically 3 hours (almost all of which were during peak hours), we accomplished most of the attractions in the park and didn’t experience any waits over 25 minutes. In one day (and finishing before dinner), we experienced 21 different attractions at two parks with only two waits over 20 minutes: at Runaway Railway and Flight of Passage. And no waits over 30 minutes, even though we did many headliners.

Did you visit in late August or September and experience really low wait times? Are you surprised by any of the results of our tests from the past few weeks? Do you have ideas for other tests to run? Let us know in the comments!